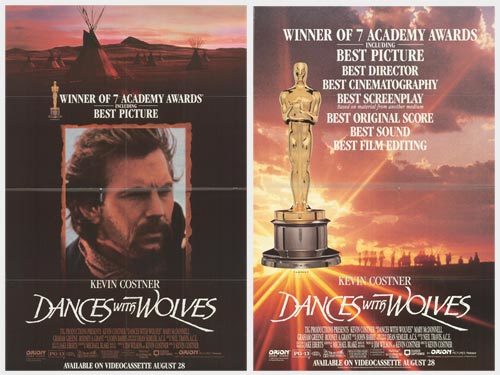 I HAD watched Kevin Costner’s Dances With Wolves in the late ’90s and had loved it. I finally got to read Michael Blake’s novel a few days back and loved it as much. By the way, it is the first Western that I have read after the early seventies when as a schoolboy in Calcutta I loved reading those written by Louis L’Amour and Zane Grey. 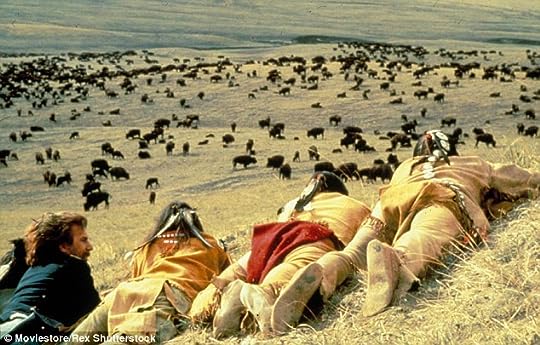 Much of Dances with Wolves, which won seven Academy Awards, was filmed in central and western South Dakota.

The novel starts in 1863 during the midst of the Civil War. Its hero, Lieutenant John Dunbar, requests to be posted in the Frontier as he wants to see it in its pristine glory before it all gets wiped out (by civilization or rather invading whites). Various Native American tribes could be found in this region living in tepees which were also known as wigwams. They rode unsaddled horses and hunted buffaloes and deer and caught fishes for a living. They either walked barefoot or wore moccasins which were made of the natural hide of animals, including buffaloes or bison. Each tribe had a chief, a medicine man or witch doctor and many warriors who were good at using bows and arrows, spears and daggers. Some of the tribes like the Lakota were peaceful ones while some like the Pawnee and the Apaches were war-mongers who would raid and kill other tribes for their women, food and horses. 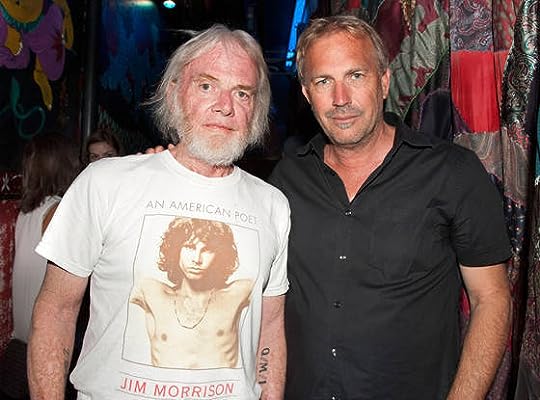 Michael Blake (left) and Kevin Costner: This is how true friendship looks like.

Here is what an edition of Reader’s Digest Condensed Books in which I read Dances With Wolves says about the author: “Blake’s sympathy for the period is such that he feels that he was born a hundred years too late. ‘Everything was so unspoilt in eighteen sixty-three, the year the novel is set, but I missed it all,’ says Blake. ‘By reading history I could imagine it, up to a point. By creating John Dunbar, I could actually “live” it.
“Blake tried in vain in the seventies and eighties to establish himself as a film scriptwriter in Los Angeles and survived only by doing all kinds of odd jobs. By 1986 his fortunes had fallen so low that he had to live and work in his old Chrysler car. He moved to Arizona where he worked at a Chinese restaurant as a dishwasher. One year later a call from a friend, the actor Kevin Costner, turned his life around. Costner was so enthusiastic about the Dances With Wolves manuscript, which Blake had given him, that he asked for a film script based on it. Then the Oscar-winning film Dances With Wolves was born.
“The book became a best seller, and a Golden Globe and Oscar for the script followed. The proceeds from Dances With Wolves enabled Blake to say farewell to his Chrysler home.” 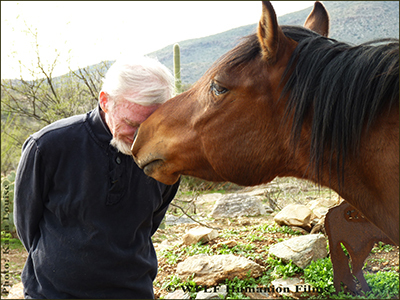 A horse called Little Boy shows a loving gesture to Michael Blake. Who says man and beast cant be the best of friends!?

Most Native American tribes gave names to people that were somehow associated with nature or by something which a tribeswoman or tribesman did or made her/him popular. The heroine of the book is called “Stands With A Fist” as she was good at attacking with her fist if tribeswomen said something negative about her. The hero Dunbar was called “Dances With Wolves” as he was once seen prancing with his pet wolf by several Comanches. For a long time I used to think that the ’70s film The Man Who Loved Cat Dancing (1973) was about some man who loved a form of dancing called ‘Cat Dancing’. I only realised how wrong I was when I finally got to see the film in the late ’80s. Its hero Burt Reynolds, who is white, falls in love with a Native American woman called Cat Dancing, played by Sarah Miles. Hence, the film’s title The Man who loved Cat Dancing. 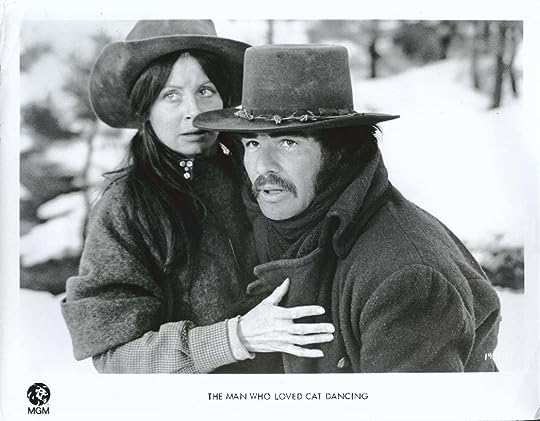 Here is an extract from Dances With Wolves which sheds some light on the Comanche culture during a wedding ceremony: “She came with her head still bowed, and Kicking Bird took her hand. He passed it to Dances With Wolves and told him to take her inside. The marriage was made as they passed through the doorway. After it was done the villagers broke up quietly and drifted back to their homes.
“All afternoon the people of Ten Bears’s camp came in little groups to lay presents on the newlyweds’ doorstep, staying only long enough to drop off gifts. By sunset an impressive array of offerings was piled outside the lodge.
“This beautiful community gesture went unnoticed by the new couple. On the day of their wedding they saw neither people nor their offerings. On the day of their wedding they stayed home. And the lodge flap stayed closed.” 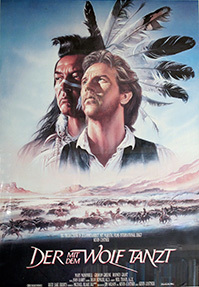 A poster for the film Dances with Wolves in German.

Here is another extract which describes in vivid detail how the white man, who considered himself to be the civilised one, went about destroying nature and the untamed American West: “They started their ponies forward and, as they did, Dances With Wolves was aware of an eerie buzzing sound. It was being made by the wing beats of uncounted thousands of feasting flies.
“Everywhere he looked the ground held bodies or pieces of bodies. There were small animals, badgers and skunks and squirrels. Most of these were intact. Some were missing their tails. They lay rotting where they had been shot, for no apparent reason other than target practice. The primary objects of the genocide were deer. A few of the bodies were whole, most were mutilated. Dull, dead eyes stared up at him from the exquisite heads that had been chopped off raggedly at the neck. In one spot the severed heads had been arranged nose to nose, as if they were having a conversation. It was supposed to be humorous.”
The mention of “skunks” reminds me of an incident during a trip I made with a friends’ family from Dallas to Houston in July 1982. When his car passed on the highway near a forest, we were hit by the most obnoxious odour as if a 350 lb sumo wrestler had farted right in front of our faces. The stinking smell stayed for at least several minutes. I almost puked. It was the first, last and only time that I had experienced the body odour of a skunk. Nothing ever could be worse than that! 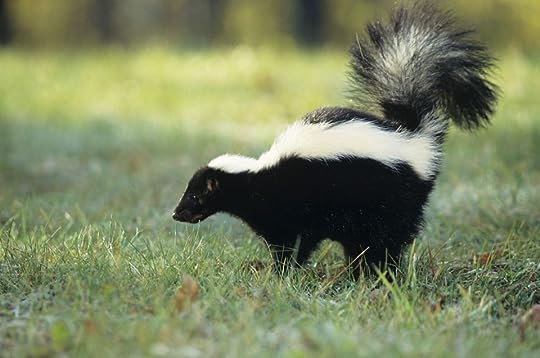 In the following extract the protagonist expresses his fear of the intended invasion of the white man: “‘When Kicking Bird and I first began to talk,’ Dances With Wolves started, ‘Kicking Bird would ask, “How many white people are coming?”’ and I would say, “I don’t know. That is true I do not know how many people will come. But I can tell you this. I believe there will be a lot. The white people are many, more than any of us could ever count. If they want to make war on you, they will do it with thousands of soldiers. The soldiers will have big war guns that can shoot into a camp like ours and destroy everything in it. It makes me afraid. I cannot say what must be done. But I come from the white race and I know them now in ways I did not know them before. I’m afraid for all the Comanches.”’
This edition of the book contains several beautiful illustrations by Horst Maurmann. 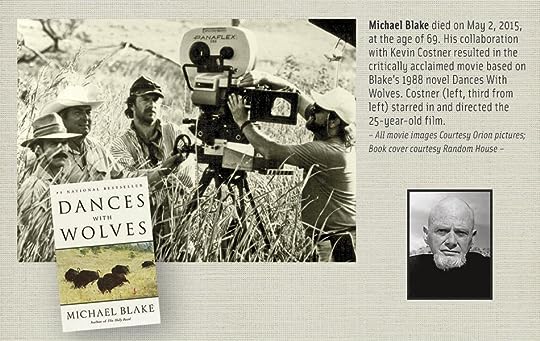 The book is highly recommended for everybody who loves reading about nature and the environment and Native American tribes and what the United States of America once was and how it has changed for the worse with the passing of time.

Mary Eileen McDonnell (born April 28, ) is an American film, stage, and television actress. She received Academy Award nominations for her roles as Stands With A Fist in Dances with Wolves and May-Alice Culhane in Passion Fish.
Michael Blake

But, playing the chick, if you will, in the film was no problem for the Obie Award-winning actress, whose stage credits are a mile long. When her character meets Lt. John J. Dunbar played by actor, director and co-producer Costner , she speaks only in Lakota. She is afraid of him and she is covered with blood. Not exactly a glamorous way to open a movie with one of Hollywood's hottest leading men, especially when you have to wear buckskins during most of the film. It was comfortable, once you got used to it," McDonnell says, "but I don't know if I ever want to wear them again.

Sign in. Watch now. Title: Dances with Wolves Selfish yuppie Charlie Babbitt's father left a fortune to his savant brother Raymond and a pittance to Charlie; they travel cross-country. An old Jewish woman and her African-American chauffeur in the American South have a relationship that grows and improves over the years. At the close of WWII, a young nurse tends to a badly-burned plane crash victim. His past is shown in flashbacks, revealing an involvement in a fateful love affair.

In , an outlaw bandit aimed his pistol at movie audiences and fired. It was a shot felt round the world. Not in the West, but in Milltown, NJ, where the action was in cinema those days. By , the Western was dead. Tastes had changed, and audiences had moved on. The summer of 85 also saw the release of another Western, Silverado. Cast as a brash young cowboy was Kevin Costner , whose star would rise considerably in the coming years, with movies like The Untouchables , Bull Durham , and Field of Dreams

Is it necessary to have a girlfriend

Pete and his magic dragon

Once upon a time the savior